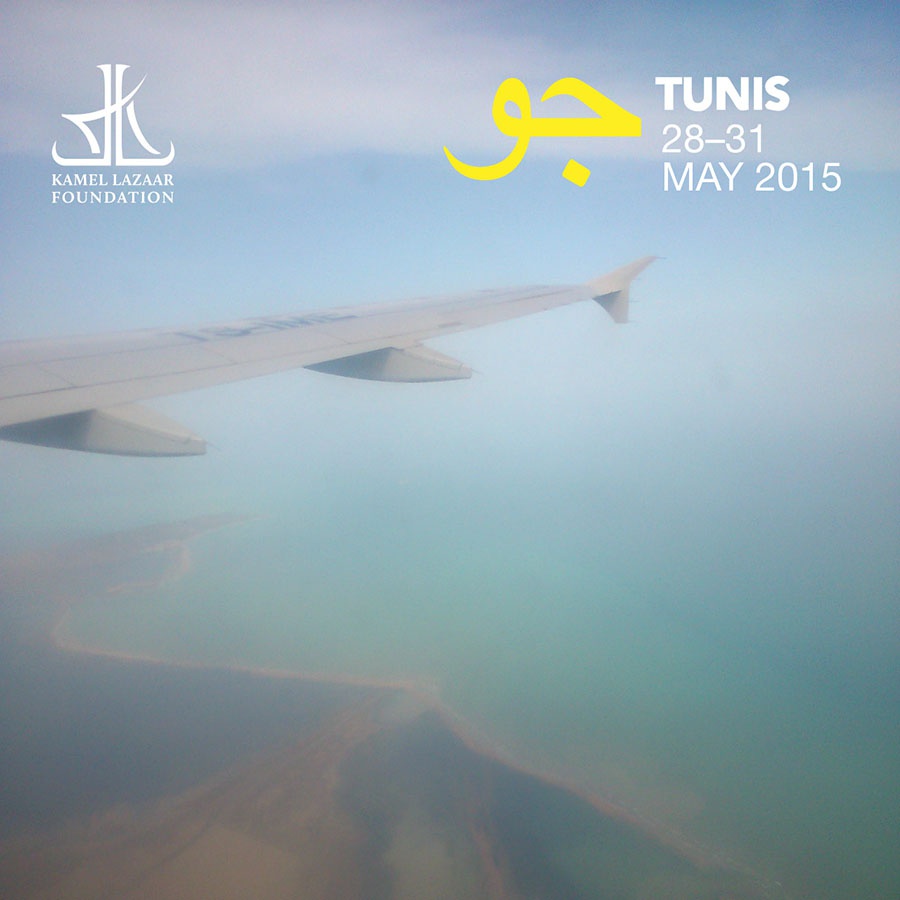 “As sound artists we are interested in the manner which broadcast, as a medium, enables transactions and understanding in these essentially and consciously open conversations. Through these acts of fluid exchange, important catalysts for future ideas are formed.”

The Kamel Lazaar Foundation host it’s third annual festival of Maghreb arts and culture, JAOU Tunis, May 28-31 at locations throughout Tunis. JAOU centres around a 2-day public symposium at the National Museum of Bardo in Tunis, hosting local and international speakers, artists and performers. This year a group of international Bardo Museum visitors were shot dead by lone gunmen claiming allegiance to terrorist groups. In response, the Kamel Lazaar Foundation wrote an open letter, stating that JAOU’ festival would go ahead despite the brutalities., calling on the international arts community to join them in defying the intent of these attacks, which intended “to undermine the nascent democratic model of Tunisia, the country’s economy, the voice of its people, and the vibrant culture of the region by targeting innocent people in a museum renowned for its outstanding mosaic collections and exceptional works of art.”

Tunisian artist Nadia Kaabi-Linke ahead of her participation in JAOU Tunis, discusses the statistic put forward by Lina Lazaar, founder of JAOU Tunis, on a previous Six Pillars broadcast, that Tunisia has more young men joining the current wave of militants than any other country in the world. Kaabi-Linke has in the past won the Abraaj Capital Arts Prize in the UAE for a piece mapping the illegal sales mats of African migrants on the Rialto Bridge in Venice, and recently had a solo show at Laurie Shabibi gallery, Dubai: FAHRENHEIT311: Seven Legends of Machismo. We ask, can young men rediscover their sense of self-determination, how they are comparable to workers in the corporate world.

Artist Hiwa K, born Kurdish Iraqi, living in Berlin,discusses his piece The Bell, currently on show at the 56th Venice Biennale, in the main exhibition of Arsenale titled All The World’s Futures. Hiwa made a short presentation on The Bell at JAOU Tunis, a piece which took 8 years to complete and features melted down arms from all over the world, used in Iraq, and turned into a bell ornamented with a lion with a human’s head.

Tunisian film director, veteran actor, puppeteer & screenwriter Moncef Dhouib is a pioneer in Tunisian performing arts. Dhouib describes his project CineVog, a local theatre complex model for theatres which he wants to spread across the Maghreb to bring the performing arts back to the people.

Also young Tunisian dancer and choreographer Wael Maghni describes how he reconciled his dance practice with his belief in Islam and the current state of employment and opportunities for dancers and choreographers in Tunisia today. Maghni was on the symposium roundtable ‘Maghreb Condition Report I: The Choreographed Body in Tunisian Culture’. Interviews are in French.

Antonia Carver, director of Art Dubai, after her participation in the panel ‘Future Imperfect: Art Institutions in the Middle East‘, and Rahilla Zafar, author and business consultant about her book on Arab women entrepreneurs.

Antonia Carver has written extensively on Middle Eastern art and film, as a correspondent for The Art Newspaper and Screen ArtDubai International, among other publications, books and journals.

Rahilla Zafar writer, editor and business development consultant for Wondros, contributes to The Economist’s GE Look Ahead, an award-winning series on global innovation trends. Rahilla co-wrote ‘Arab Women Rising: 35 Entrepreneurs Making a Difference in the Arab World’ and is working on a book on women in Saudi Arabia.

Aadel Essaadani, director of Arterial Network, speaks from JAOU Tunis. A dynamic, civil-society network of artists, cultural activists, entrepreneurs, enterprises, NGOs, institutions, and donors, AN works across Africa’s creative and cultural sectors. Essadani is a cultural policy advisor to public and private institutions and founded the Institute of the performing arts of Casablanca. NB this interview is in French.

Also artist Chris Weaver speak with Slavs and Tatars, a collective who identify “the area east of the former Berlin Wall and west of the Great Wall of China” where Europe and Asia (Iran) merge as the focus of their work. Slavs and Tatars delivered a lecture performance at the symposium, and discuss their current research into German Orientalism. JAOU Tunis was an arts symposium this May in Tunis’ Bardo Museum, on art in an age of conflict, hosted by the Kamel Lazaar Foundation.